Snack on coffee and medialuna, Pick up classic souveniers, See a Polo Match in Buenos Aires.

Snack on coffee and medialuna

In Buenos Aires, you should drink a cup of freshlyroasted coffee with a crispy medialuna (Argentinian croissant). A splendid place to bite into one is the Café Tortoni, the city’s mosttraditional café. Founded in 1858, it has doubledas both a bohemian and literary joint over theyears. The best part is that it hasn’t lost anycharm, despite the throngs of tourists that hoveraround.

Before Leaving Buenos Aires  you don’t forget to take a few souvenirs with you. Find a cool mate set for your morning coffee at the shop (talabartería) and a polo shirt from La Martina. Fillyour cellar with traditional Malbec wine from anysupermarket and if you’re a collector of curios, a gaucho knife set is a must-buy from the stalls at Feria de Mataderos.

Long regarded as a sport for the elite and possibly the world’s oldest sport, polo has madeArgentina famous. The sport is played in Buenos Aires between September and November. Thelatter is the golden month when the Abierto Argentino de Palermo (Argentinean Open) takesplace at the magnificent 16,000-capacity Campo Argentino de Polo. Beginners and experiencedplayers can have lessons: Argentina Polo Day probably the best choice 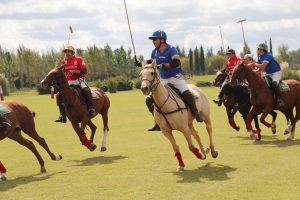